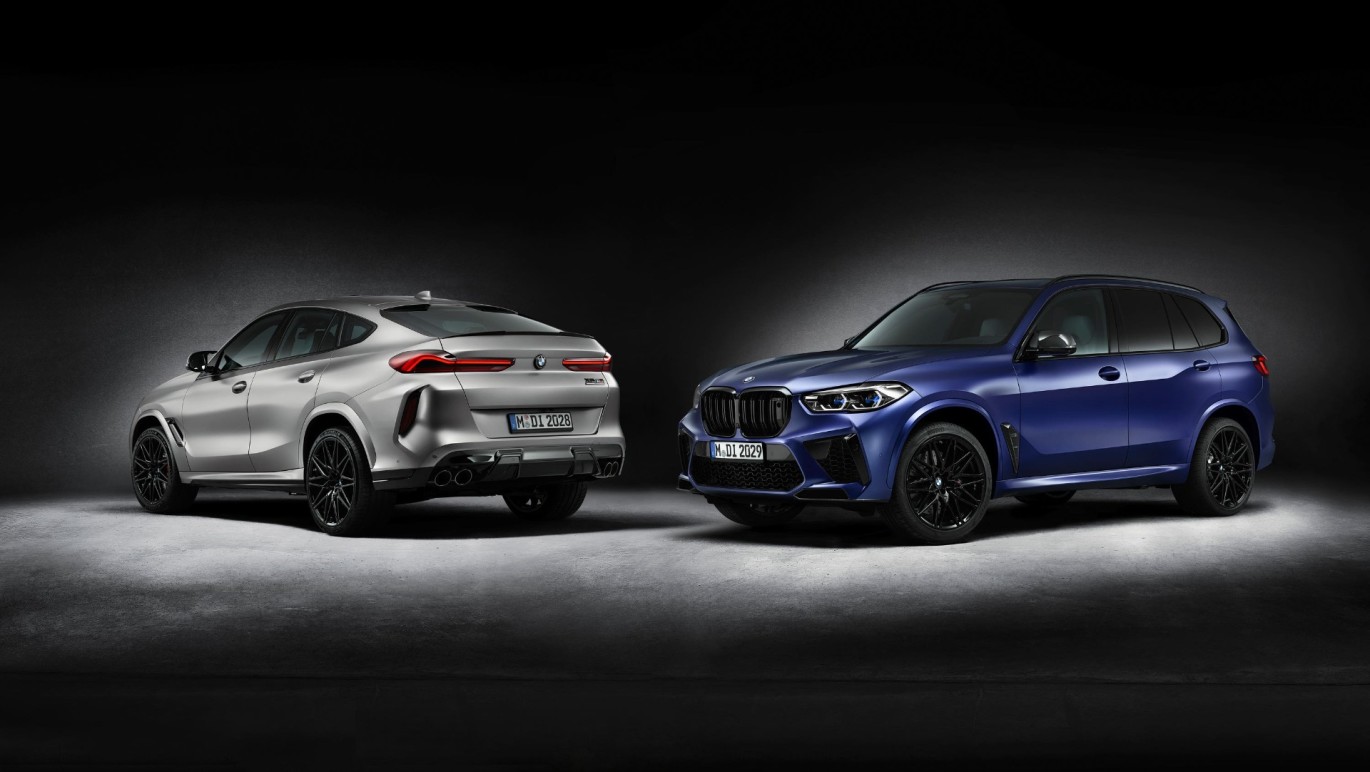 Limited to just 250 units each, both the X5 and X6 make use of a twin-turbocharged V8 engine with 617, while each also benefits from M-specific suspension and BMW’s capable xDrive all-wheel-drive system.

Though both the X5 and X6 M do bring impressive performance, economy figures of 22.1mpg and 21.6mpg mean that both will be costly to run. Emissions are high at 301g/km for both models, too.

They’re built at the firm’s plant in Spartanburg, USA, and arrive with an Individual Frozen Dark Silver pain scheme, which is exclusive to the First Edition models. However, if buyers rather a different option, then a Marina Bay Blue colour can also be specified.

Either colour arrives with contrast, high-gloss black 21-inch wheels as well as carbon fibre exterior mirror caps. The X6 also benefits from a carbon rear spoiler, while both cars also get a carbon engine compartment cover.

Inside, the cabin is lifted thanks to contrast orange stitching applied to the seats and door panel trim, while the headliner is finished in blue Alcantara. All cars get a silver-covered First Edition badge inside, which is applied to a carbon-fibre strip before being sealed in with a clear coat on top.

Published: November 2, 2020
Live ChatText Us
OPEN FOR CLICK AND COLLECT