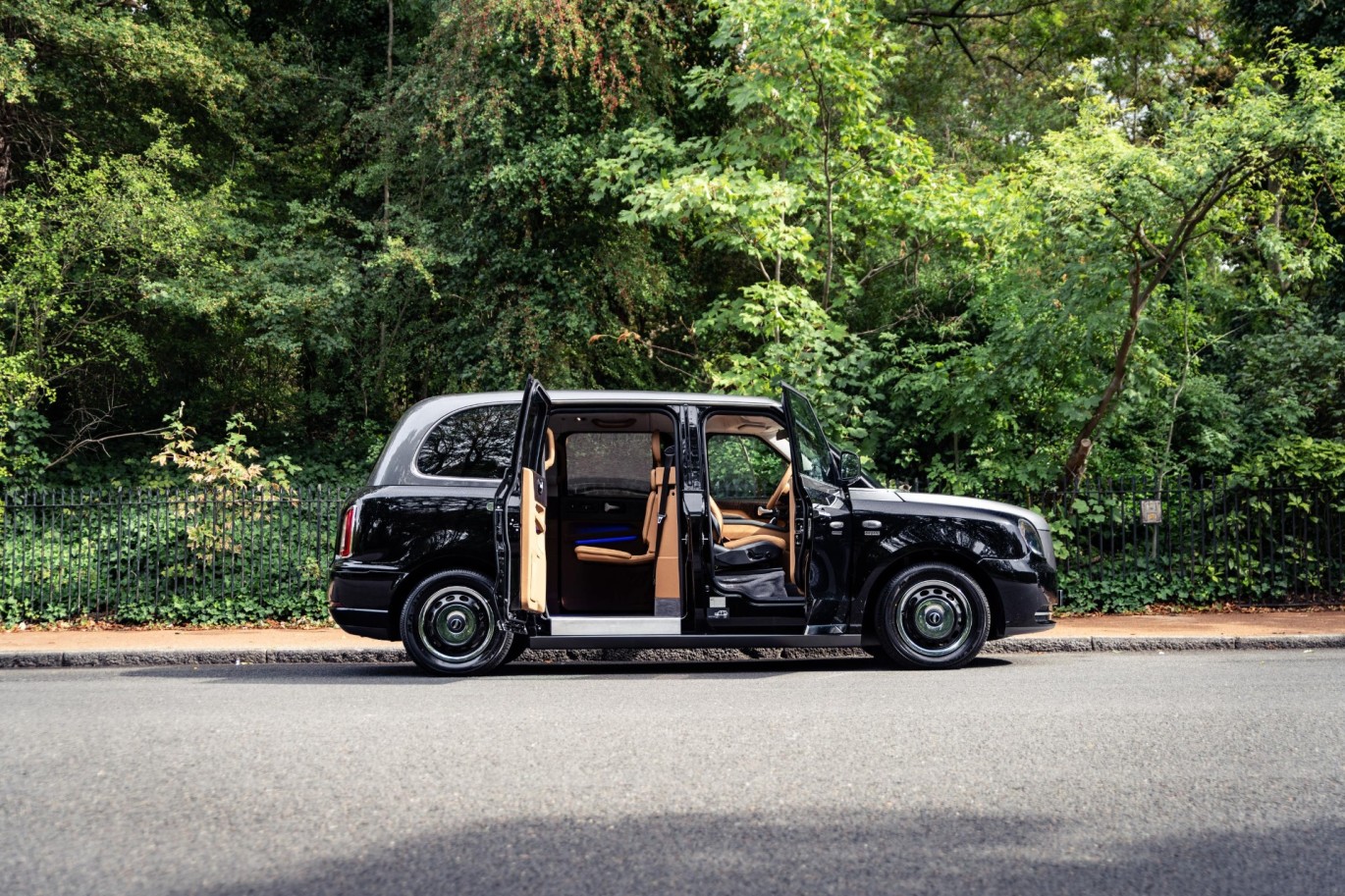 A new, ultra-luxurious version of a traditional London black cab has been revealed.

Created by custom car specialist Clive Sutton, the Sutton VIP Class LEVC uses the hybrid LEVC TX as its underpinnings and has been put into production following a wealth of positive responses to a concept version posted to social media.

Now fully in the real world, this tax features rear seats which have been angled for comfort and clad in Sandalwood leather upholstery with Alcantara trim. Rather than a thick, heavy-duty rubber floor there’s thick-pile carpet, while wood veneers have been applied to the door trims too.

Passengers can also play games on the Playstation 4 installed in the cabin, while music comes courtesy of an upgraded sound system with Bluetooth connectivity and Apple TV.

The drivers gets to enjoy some upgrades too in the form of a leather-clad seat, digital instrument cluster and soft-close doors.

Outside, it’s hard to distinguish against the regular taxi, though while the bottom half of the car is painted in the same black shade, the top half receives a coat of ‘Grigio Silverstone’ a Ferrari-specific shade. The traditional taxi lettering, meanwhile, has been replaced with a ‘VIP’ badge.

Prices have yet to be announced, though Clive Sutton expects them to start from around £100,000.