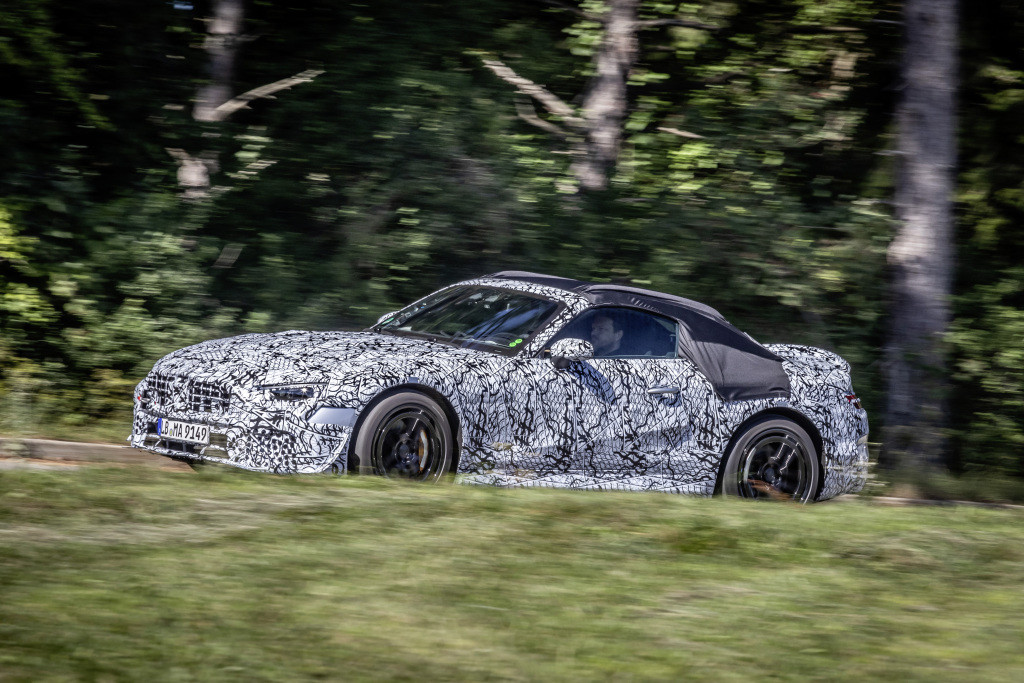 The upcoming Mercedes-Benz SL has been showcased in a series of new photos.

The SL, which is due to be fully revealed next year, has been shown in disguised, pre-production form while wearing heavy camouflage. Photographed during dynamic testing close to the firm’s Immendingen testing centre, the upcoming SL’s long bonnet and wide grille can easily be seen despite the covering.

It bears more than a close resemblance to Mercedes’ AMG GT model, which currently sits at the top of the range of sports cars.

The camouflage used over the top of the car also suggests that the SL will use a fabric roof, as opposed to the folding metal hardtop used on the previous two generations.

For the first time, AMG - Mercedes’ performance division - has taken over the development of the SL, which suggests that this latest-generation roadster will be the most performance-orientated version to date.

With a full reveal expected to be made in early 2021, it’s likely that the new SL will hit dealerships towards the end of the year.