Should I Buy a Hybrid Car? 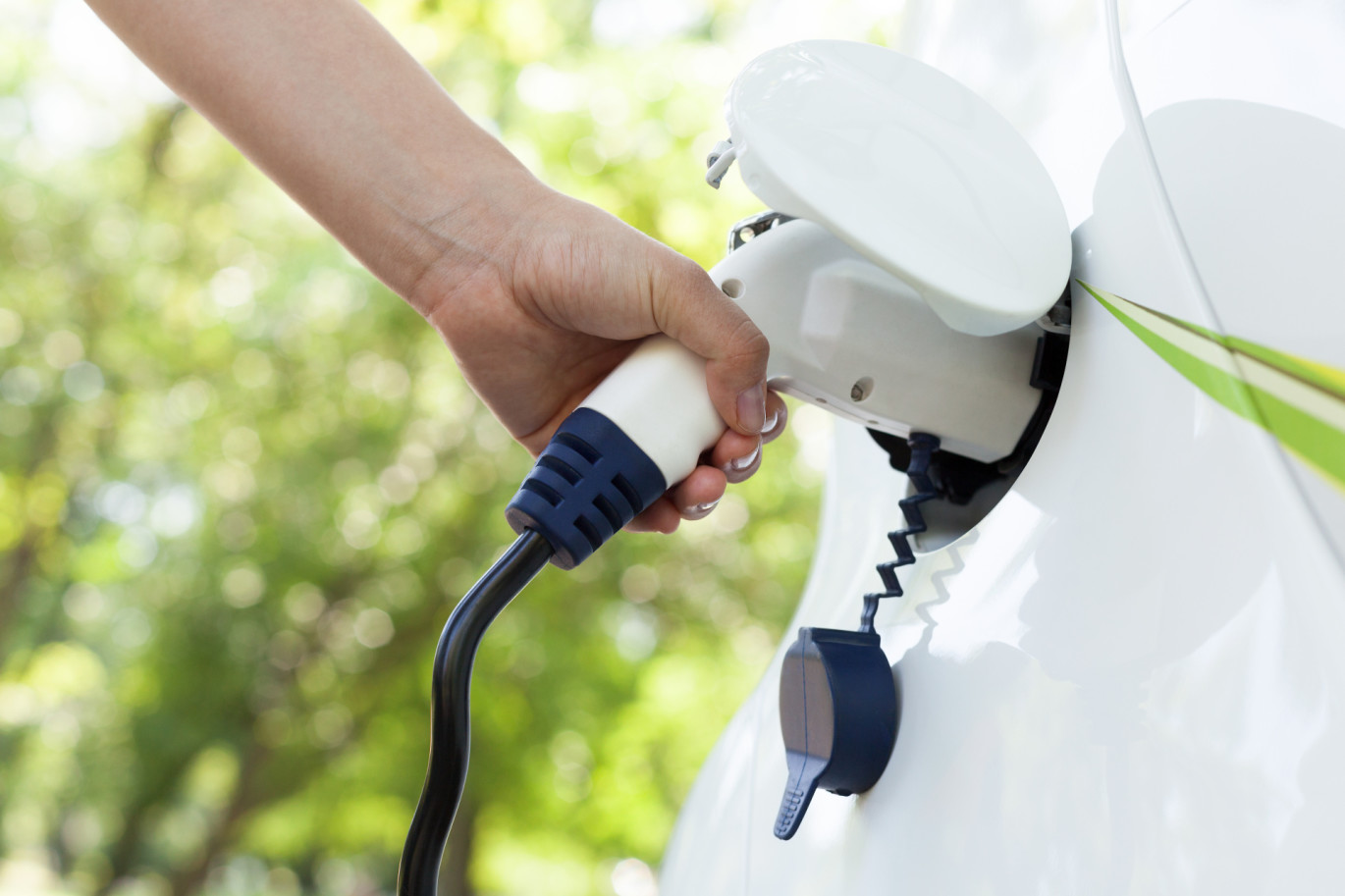 The future, it seems, is hybrid. Car buyers are abandoning diesel and petrol in the wake of an environmental pledge from the UK Government. Officials announced a ban on the sale of new petrol and diesel cars by 2040. With a focus to combatting urban pollution, conventional car owners are facing higher taxes and stricter emissions charges.

Paris currently prohibits pre-2005 diesels from entering the city centre on weekends and other European cities are following suit. While the demand for diesel continues to plummet, the door is wide open for the hybrid. Car dealerships have risen to the occasion, with used hybrid cars filling up the forecourts. But, what is a hybrid car, how do they work, and what are the benefits of owning one?

What is a hybrid car and how do they work?

Hybrids combine a traditional engine with an electric motor. Just like a conventional car, the combustion engine charges the car battery. The electric motor then kicks in when needed. Unlike a purely electric car, you’ll have a petrol or diesel engine to fall back on if your supply is low. This makes them a reliable stepping-stone in this new age of environmental renovations.

Most hybrids don’t need to be plugged in. They use the kinetic energy that’s released when you brake to charge the battery. This is known as regenerative braking. The energy saved can then be used to supplement the engine for short periods and when at a standstill, saving you fuel and cutting emissions.

Hybrids handle just as smoothly as their traditional counterparts. Most of them have a selection of power modes, allowing you to choose between optimum efficiency and performance. The switch from the electric motor to the gas engine is also so seamless that you won’t even notice the amazing technology powering you along. Hybrids also boast instant torque so there will be no waiting as you pull away from the traffic lights. Plus, you’ll barely hear the engine, which could come in handy when you need to make a quiet getaway.

Is a hybrid car right for me?

Your daily commute is the biggest factor to consider. If you live or work in a built-up city like Birmingham or London, buying a hybrid is a sensible choice.  You likely spend a great deal of time in slow traffic, which is exactly where the electric motor will do all the work. At lower speeds, typically up to 40 miles per hour, full hybrids can run on their electric motor alone, saving you petrol and lowering your emissions.

Hybrid cars also use stop-start technology; switching off their engines when stationary, for example, at a red light or in heavy traffic.  This saves energy wastage, delivering better mileage than traditional cars in the long run.

If, however, you travel on motorways and A roads daily, you won’t benefit from the same saving as those in the cities. This is because you’ll often be travelling at much higher speeds, with very few stop-starts occurring.

Will buying a hybrid car lower my fuel consumption?

Yes. There is no better reason to switch to a hybrid than this. Hybrids can run for around 550 miles between fill-ups, saving you time and money on trips to the petrol station.  It is estimated that hybrids improve fuel economy by about 20%-25%. If 50% of your commute to work is spent in electric mode, you’ve already saved 50% of your petrol.

Will buying a hybrid car reduce my emissions?

Yes. Hybrid cars are cleaner than traditional motors. When the car is in electric mode, all CO2 emissions are cut. The amount of emissions produced by the petrol engine will vary depending on the brand you choose.

Diesel was once thought to be better for the environment than petrol because it releases about 20% less CO2. However, there is now a greater focus on air pollution, especially in cities. Diesel engines release high amounts of Nitrogen oxides (NOX), which cause major health problems for humans. The European Commission is now suing the UK Government for breaching air pollution limits. Although many diesel cars have been fitted with DPF filters to combat the release of NOX, slow city driving often clogs these up, leaving you with a hefty repair bill.

Will buying a hybrid decrease my congestion charges?

Yes. Hybrids that meet Euro 5 emissions standards are entitled to a 100% discount. If you drive into London every day this will save you £11.50 a day, that’s £2,000 a year. To meet the Euro 5 standard your car must produce less than or equal to 75kg/km in CO2 emissions. Other cities across the UK are expected to follow suit, with the pledge to introduce Clean Air Zones by 2020.

Drivers of diesel and petrol cars must now pay a £10 T-charge (toxicity charge) on top of the London Congestion Zone charge. This applies to cars that were either registered before 2006 or fail to meet the Euro 4 standards.

From 8 April 2019, the Ultra-Low Emission Zone will replace the T-charge. This will enforce a daily fee of £12.50 for any non-Euro 6 diesel cars and non-Euro 4 petrol cars.

Will I save money on road tax?

Diesel cars have been pushed up another tax band. The first tax year will now cost diesel car owners between £15 and £520 more than petrol cars with the same CO2 emissions.

Westminster Council is also set to raise street parking costs by 50% on diesel cars sold before 2015, regardless of whether they meet current emission standards. Other boroughs have since followed suit, with other cities taking note.

Are hybrids more expensive to buy?

When hybrids first appeared, they were expensive to produce and came in at a premium. With the Toyota Prius being around for almost two decades, the technology of hybrids has proven itself and many dealerships feature hybrid cars for sale. Second-hand hybrid cars have reached a record high in sales this year. Used hybrid cars for sale in the UK are now available at a fraction of their new price. Also, the money you’ll save on petrol and congestion charges will balance out the initial cost.

Will my hybrid hold its resale value?

Hybrids are still a relatively recent phenomenon; their cutting-edge technology means they hold their value well. It will certainly hold more than its petrol or diesel counterpart. Of course, if you buy a high quality used hybrid car you will be more likely to reap a higher percentage on your investment.

Should I be worried about battery life?

When you buy a hybrid car you rent the battery separately. You are then given the opportunity to change your battery every 5 years. Batteries typically last up to 10 years, so if you are looking to buy a second-hand hybrid car that’s 2-3 years old, you won’t have anything to worry about. Many manufacturers also extend their warranties to cover batteries that go flat after 8-10 years.

Which hybrid car is right for me?

There are 3 types of hybrids to consider, the Parallel Hybrid, the Range Extender, and the Plug-in.

The most well known parallel hybrid is the Toyota Prius. The wheels can be powered in three ways, either by the petrol engine directly, the electric motor only, or both. This makes it very economical for stop-start city traffic. The electric motor does all the work when pulling away, and driving at speeds of 15mph. You can use the petrol engine during hard acceleration and for higher speeds.

During deceleration and braking, the regenerative system uses wasted energy to produce electricity, which is then stored in the battery. The electric motor can provide enough power for 1.25 miles.

With the Range Extenders, the engine never drives the car. They only use their petrol engine to produce electricity, acting as a generator for the electric motor. The BMW i3 with Range Extender is a perfect example of this. The amount of power your hybrid can produce relies mainly on the capacity of the battery; strong hybrids will go longer distances than milder ones.

This type of hybrid can be plugged into a power outlet to recharge. They are essentially one step away from a fully electric car. They do include a petrol engine, but their larger battery capacity means they will travel further on electric. In some cases, they can reach up to 30 miles on electric power alone. So, if your commute is less than 30 miles, you could easily charge up your battery and travel without using any petrol at all. Your petrol engine is still there for longer journeys.

Popular plug-in hybrids include the Mercedes-Benz C-Class and BMW 3 Series, with premium brands favouring this system. You can also find the Toyota Prius, Mitsubishi Outlander, and the Volvo V60.

Companies are betting big on their hybrids. Toyota is gradually discontinuing the diesel models from their range, while Porsche and Suzuki have already stopped the sale of diesels in the UK.

If you do most of your driving in built-up towns and cities then you will benefit greatly from owning a hybrid car. If you do a lot of long, high-speed motorway journeys, however, you might be better off with an economy car. Buying a car takes careful consideration based on your lifestyle needs, so take your time and ask our experts about second-hand hybrid cars.