Your Guide to Volkswagen Cars

Volkswagen cars, known in short as VW, can be seen on every road of every country in the world.

The company has stood the test of time in the truest sense, competing with an increasingly crowded and connected global automotive market. VW cars signify classical engineering and design excellence that is accessible to the everyday owner exclusive safety and comfort, without the prohibitive price tag.

VW cars are popular among families and middle-budget owners for a reason. While the overall VW range has never been positioned or focused as luxurious, they have often led and determined the design choices and styles of many other automotive giants such as BMW and Mercedes-Benz. This practical-minded innovation is the hallmark of the brand and has secured its place as a firm favourite amongst drivers who need the best where it matters.

The German manufacturer described this principle of design and focus elegantly on its long-standing slogan, ‘Das Auto’ – The Car. VW will never be perceived as a vehicle desired by the elite and rich who demand flashy and opulent status symbol assets. Instead, its pedigree of safety and efficiency so quintessential of the German mindset means that VW cars will always have an important and appreciated place in the industry – admired as much by designers as its customers.

Which is the best VW?

The Golf GTI. End of story.

Just as the BMW 5 series is the flagship of its brand, the Golf GTI is the vehicle that has catapulted Volkswagen into a premier place in the automotive industry. Golf GTI’s are unbelievably popular for a reason that is very close to the VW identity: high performance for the everyday budget.

It doesn’t have the largest engine in the world – most models aren’t more than 200hp and won’t exceed a 0-60 better than 6.4secs (still impressive!). It isn’t the most expensive ride in the world. What is it then? Just about the most excellent, perfect-for-its-role vehicle ever conceived.

Handling characteristics are butter-smooth, with a grip and turn on the road that matches its available power in a mesmerising fashion. Steering feels utterly connected to the road, offering a visceral and satisfying driving experience that many other brands have tried and failed to replicate. The suspension is immaculate – not too hard to be unpleasant in the name of performance, but soft enough to provide just the right level of comfort.

The interior of the GTI range is the proverbial icing on the cake. Many vehicles that boast excellent performance and budgetary value fall flat in this area – not so the GTI’s. These vehicles are often described as being a level above their budget in terms of interior quality, boasting advanced features that don’t push the price-tag past the range of reasonable.

Genuine design excellence, then, that the average Joe can aspire to and achieve. Easily accessed, powerful, and appropriate – VW to a tee.

A brief history of VW

How did Volkswagen grow to one of the largest manufacturers in the world? Let’s take a look.

VW, as it is known today, traces its origin to one of the most turbulent periods in collective history: Nazi Germany. Originally conceived by the then trades union organisation – the Deutsche Arbeitsfront – the main driver of VW was to bring the cutting-edge automobile into the hands of the average German citizen.

The decree for the first VW car was simple. It must be accessible to the people, carry a total of five at speeds of up to 60mph and be no costlier than a motorbike to purchase. While a bold list of requirements, these stipulations did not deter chief designer Ferdinand Porsche.

The first vehicle, the KdF-Wagen boasted many advanced features that were well before their time. These included the quintessential beetle shape and an air-cooled engine, to name but a few.  Although no cars were actually driven and owned by German citizens until after the War in 1945, the design was rightly hailed as a triumph of engineering and production.

Post-war Germany saw the flourishing of the company under the management of the British Army. Largely thanks to the efforts of Major Ivan Hirst, the design and production potential of the Kdf-Wagen was recognised and production was begun. 20,000 cars were initially ordered and by 1946 plants were producing 1,000 vehicles each month. It was at this time that the company was formally renamed to its current title – Volkswagen.

Post-war growth continued to expand, with Volkswagen catapulted into success off the back of the Beetle. With the acquisition of the Auto Union in 1964, the company saw Beetle sales declining and planned anew. 1973 saw the release of iconic vehicles still known to this day – the Passat, Golf, Polo and Scirocco.

Modern Volkswagen continued to flourish, despite competitive acquisition attempts by Porsche. 2015 saw one of the most damaging incidents in VW history occur when the company was found to have falsified emission testing in the US. Despite damage to VW share value, the company continues to this day as a pillar of the automotive community. 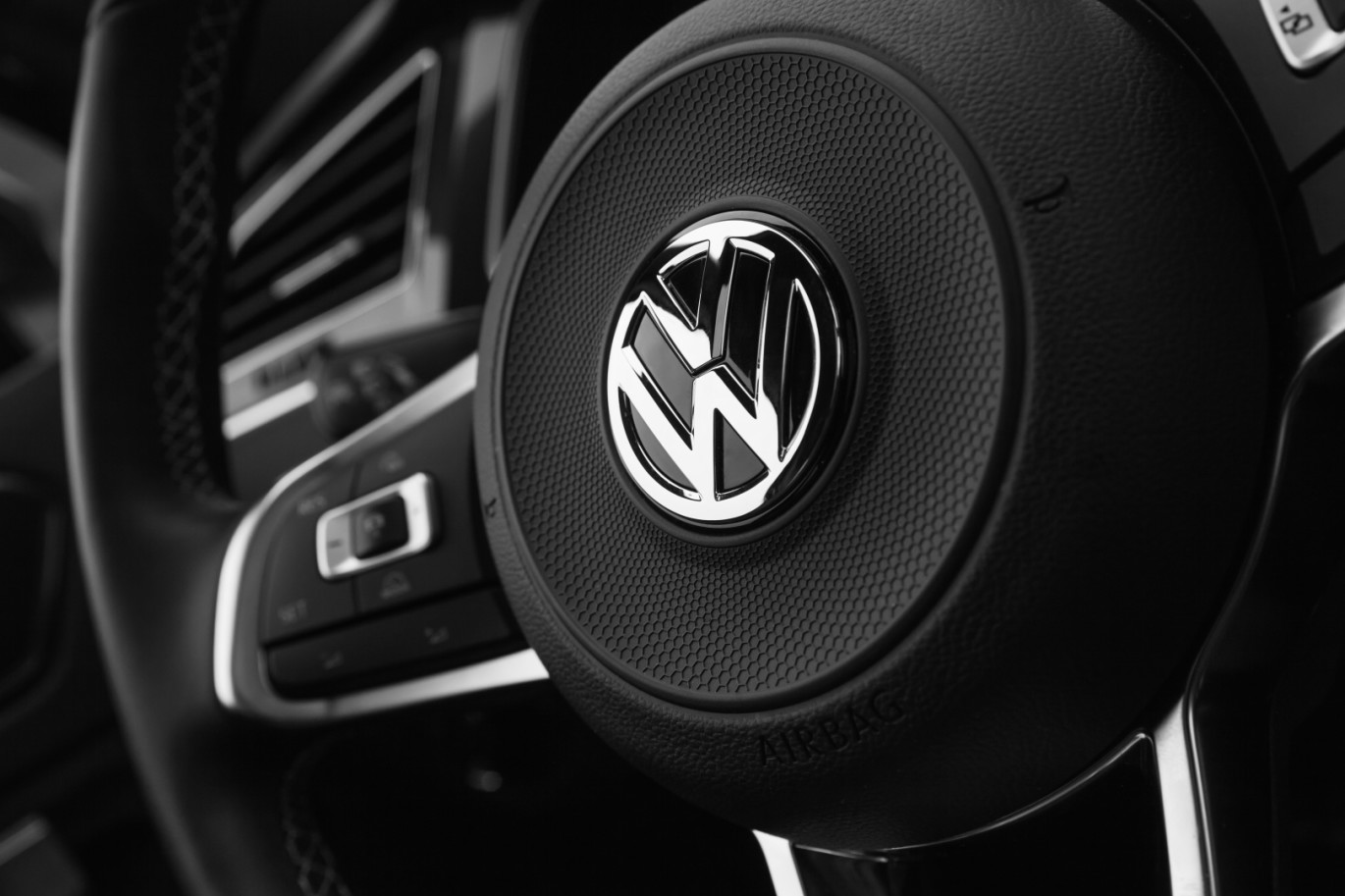 VW has succeeded so admirably to this day thanks to a pragmatic answering of this question. Its performance, safety and price points speak to the family and ‘everyday’ consumer. The VW range includes vehicles that are affordable, but enjoyable to drive.

It’s exactly this balance of price with zero sacrifices in quality that has captured such a key part of the automotive market. If you’re buying a VW, you’re buying a car that you can truly afford and that you will look forward to driving. For those more concerned with the health and well-being of their passengers, the VW range speaks to admirable standards of construction and durability; they won’t break down and will protect you should a crash occur.

A simple premise that is well executed and consistently adhered to. That’s what VW is – no more, no less. Quality that should cost more, for the every-day owner with high standards.

Volkswagen’s range is, unsurprisingly, extensive and budget-focused. While flagships of the brand such as the Golf GTI appeal to the performance minded, the bulk of the thousands of vehicles produced daily are aimed towards the family – practical is king.

The up! Is an interesting new innovation on the city car range, coming in at a staggeringly affordable £9,135. This vehicle has received rave reviews for its size, gadgets and build quality. While vehicles like these will never tear up a racetrack, their manoeuvrability and small frame make them perform enviably well in crowded urban environments like London.

The humble Polo range is next up. These hatchbacks are ubiquitous on the road, with ranges starting from an exceptional £11,970. Latest revisions of the Polo models have focused on modest adjustments to the exterior styling, together with commendable improvements to their electronics.

Moving into the larger vehicles and SUVs, we see the T-Roc make an appearance alongside the popular Jetta. Costing a modest £18,950 and £19,740 respectively, these family-friendly vehicles boast a greater degree of storage space as well as larger frames and engines. The interesting evolution of the classic, the larger Golf SV, can also be found here at £19,905.

As prices increase, the respected VW Estates and Saloons come into play. The Passat is available from £21,610 and, as with all VW vehicles, offers competitive monthly payments as low as £259 per month at 5.9% APR.

The top end of the VW line contains the premium models – the Arteon fastback saloon and the Touareg smart SUV at £31,005 and £44,295 respectively.

The most popular VW models

We’ve gone over the Golf GTI and why it is the king of VW and the flagship of the brand. It’s popular for all the right reasons and deserves another mention at this point.

Beyond such a classic, however, lie further firm favourites. The Golf Estate improves on VW’s winning Golf formula and…makes it better. It’s not the cheapest vehicle with a low-end price of £18,925, but its design pedigree shines through and it dominates the family estate demographic.

VW has also dug into the booming electric market with the e-Golf, available from £17,570 – impressive for an electric cutting-edge design. Although limited as all EVs are by range, the vehicle has won a respected place in the VW line-up as an affordable leader of a brand-new niche.

Rounding the favourites up are the Scirocco and Passat. The former offers a welcome surge of power in the form of a punchy coupe – a sexier offering from a generally modest and consistent manufacturer. The latter is a venerable and respected Estate design that has been admirably improved for modern audiences.

It’s fair to say that VW is respected for the best reasons: its safety records are enviable and its instinctive understanding of the balance between performance and price has developed a truly loyal customer-base over the years of its operation.

To buy a VW is to be sensible without the sacrifice. Power and performance can be found within the range, but never at the expense of financial accessibility. They aren’t the sexiest vehicles out there, but they’re adored by driving aficionados and families worldwide. That’s VW.