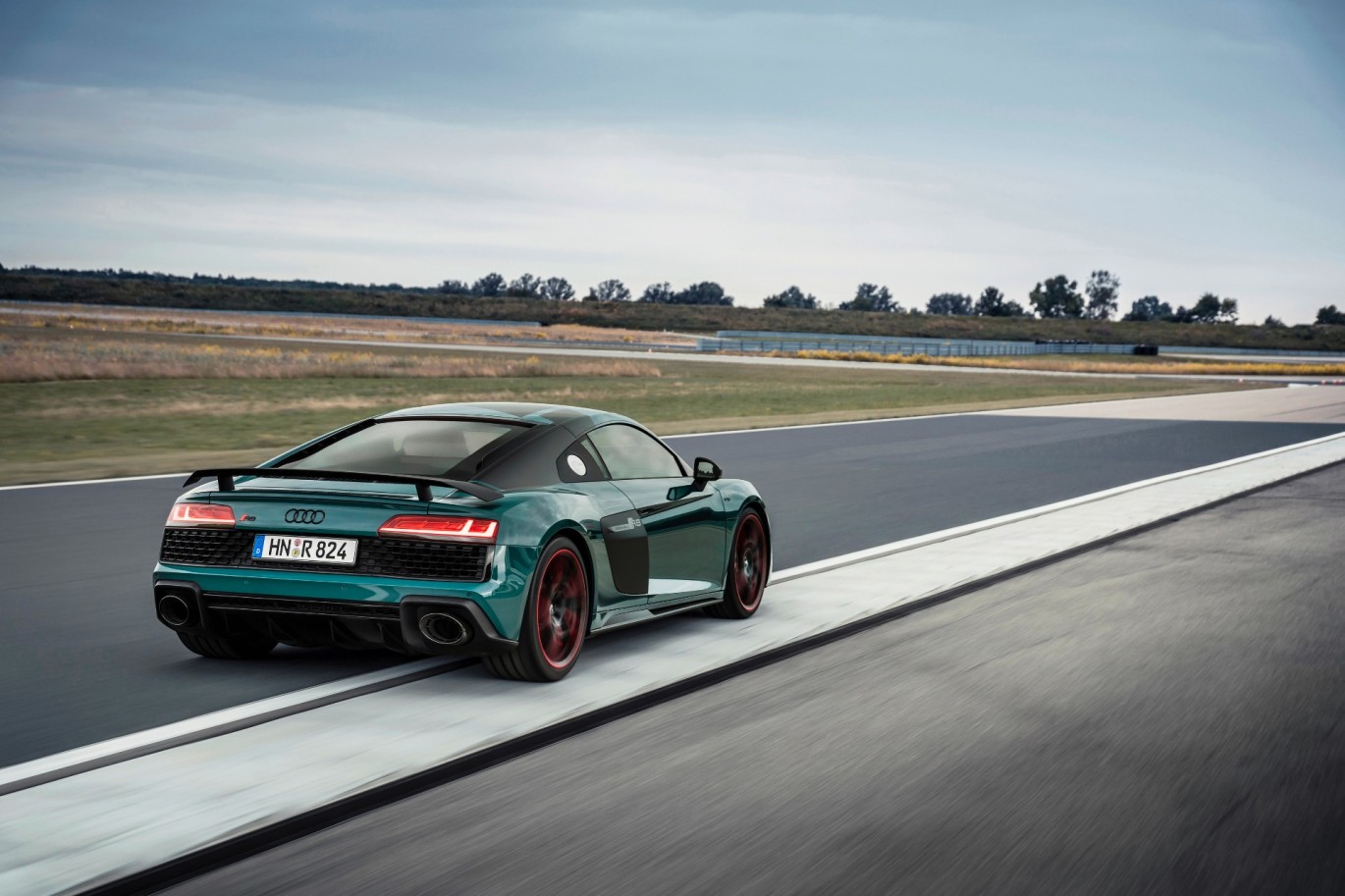 Audi has created a striking, limited-edition version of its R8 supercar to commemorate the German manufacturer’s motorsport success at the famous Nurburgring.

The car, badged R8 Green Hell after the track’s famous nickname, will be limited to just 50 units worldwide and, as such, makes it a very unique proposition in Audi’s range of cars.

Though the performance is unchanged over the regular R8, with a naturally aspirated V10 engine resulting in a 0-60mph time of under three seconds, the exterior of the car incorporates some striking touches over the standard supercar.

The most noticeable is the eye-catching Tioman Green exterior paint, which is contrasted by a matte black bonnet, roof and a-pillars. There are even racing-inspired numbers on the doors for an even stronger motorsport-influenced aesthetic. A ‘Green Hell’ logo has been applied to the sideblades, too.

New 20-inch five-spoke wheels are finished in matte black, while the mirror housings and sideblades also get the same colour treatment.

There’s a whole host of Alcantara-trimmed features inside, with the steering wheel, armrests and driver display cowl all finished in the high-end material.