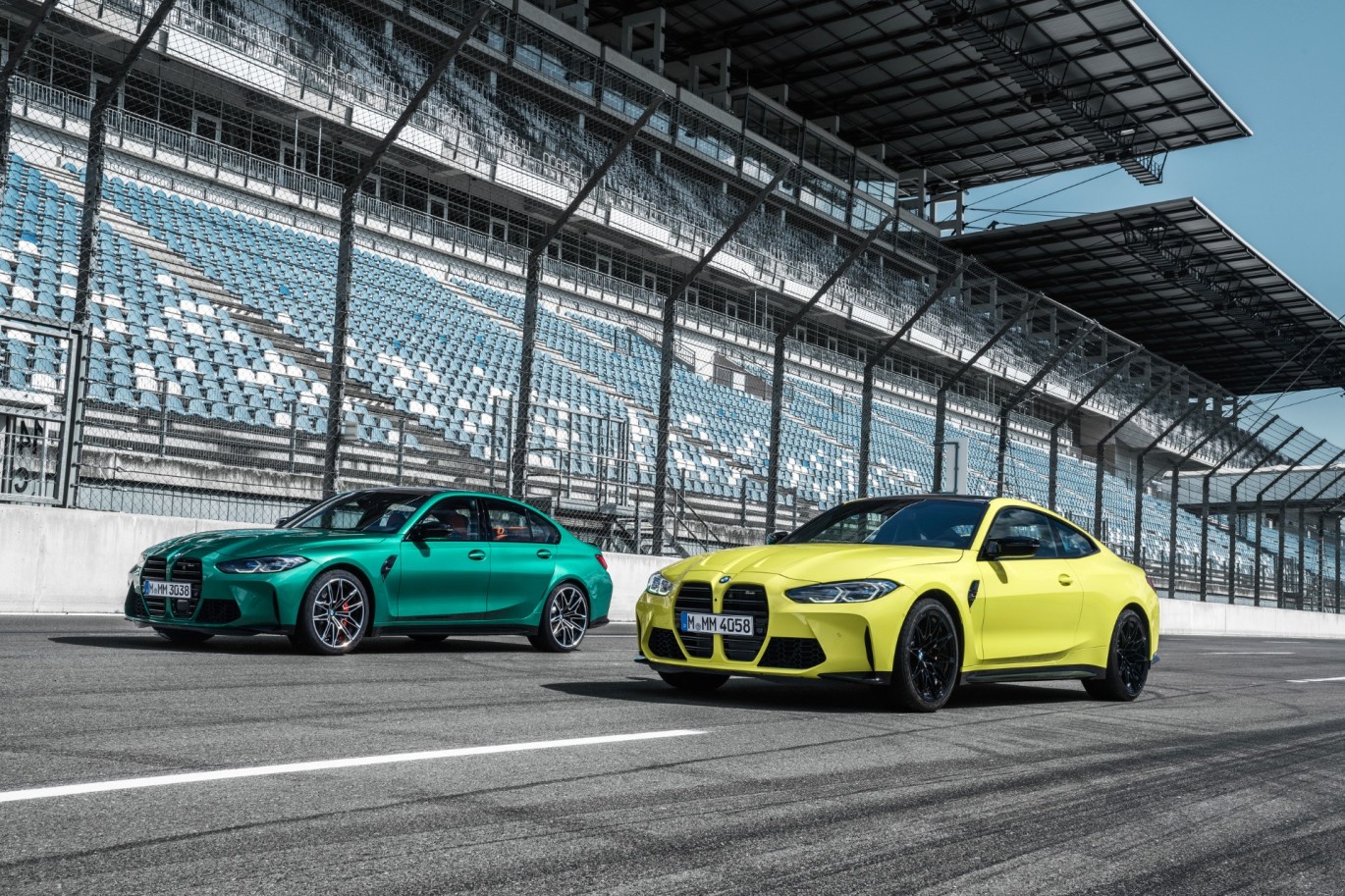 BMW has revealed its much-anticipated M3 and M4 models, reviving a nameplate which has a strong following in motoring communities.

Set to arrive at dealerships in the UK next March, the new performance models will boast up to 503bhp from a six-cylinder engine. UK customers will only be able to order higher-performance Competition cars, while optional xDrive all-wheel-drive will be available for the very first time on an M3. Rear-wheel-drive variants will initially be the only option.

Both the M3 and M4 will go from 0-60mph in just 3.7 seconds and hit a top speed of 155mph, though an optional package can be optioned which raises its final speed to 180mph. All cars come with an eight-speed automatic gearbox as standard, too.

Styling-wise, the new M3 and M4 represent a significant departure from the older models, with the noticeable grilles up front being a point of contention among many BMW fans. New LED headlights are fitted too, while flared front arches and wide front air intakes give the car a significantly muscular appearance.

The new M3 is now 108mm longer than the car it replaces - and 26mm wider too - while both the M3 and M4 are now ever so slightly higher-riding than their predecessors. Inside, new sports seats have been fitted while an M Sport steering wheel with M mode buttons makes an appearance for the first time. These allow the driver to quickly adjust the car’s settings to their liking.