Everything you need to know about the Audi Q7 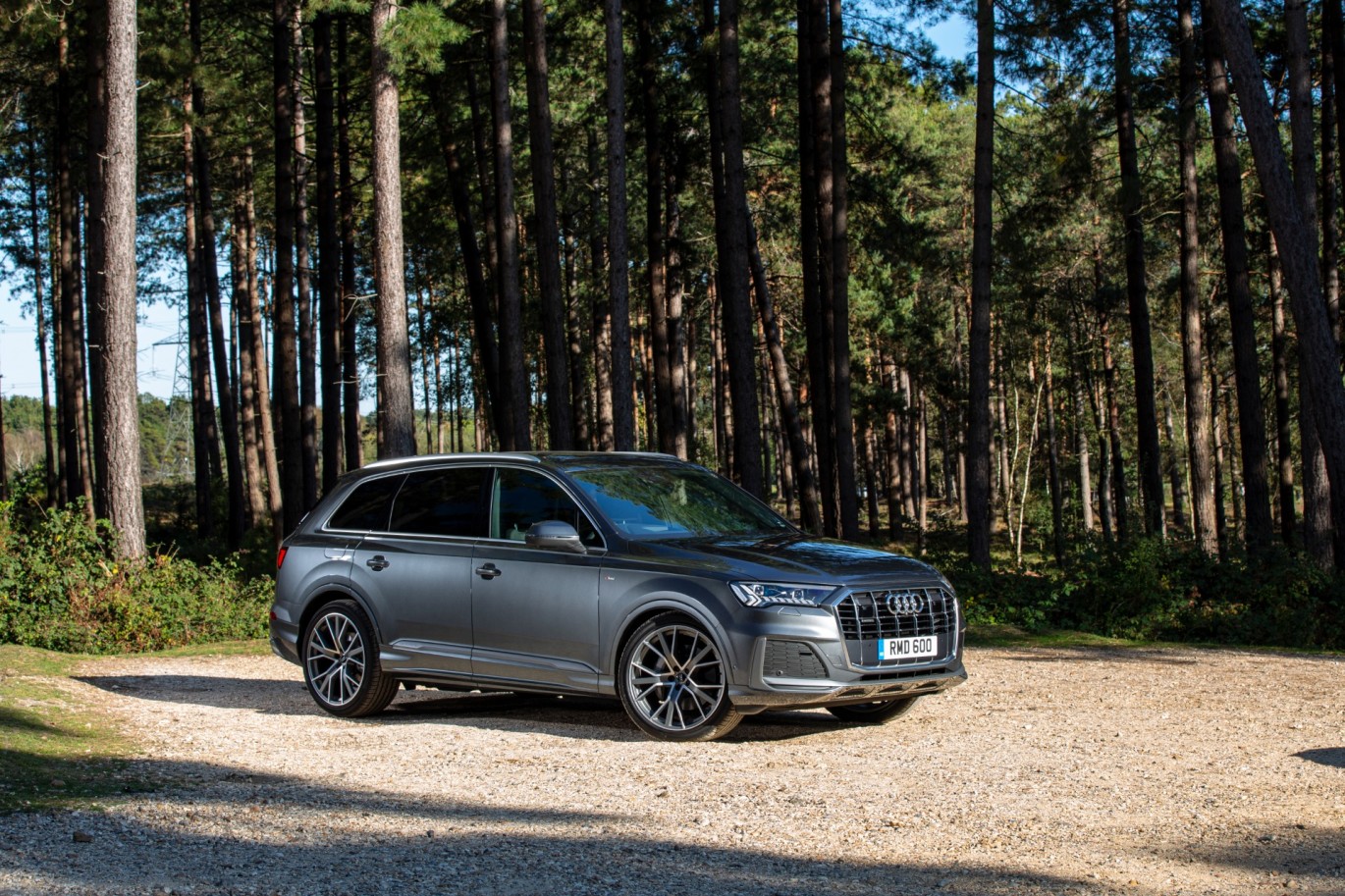 The Audi Q7 helped to kickstart Audi’s SUV offensive all the way back in 2005, and this large model has helped to expand Audi’s ‘Q’ line-up significantly.

A range of SUVs are now offered by the firm, but across several generations the Q7 is still able to hold its own, not least next to well-regarded rivals like the BMW X5 and Volvo XC90.

But what does the Audi Q7 have to offer? Let’s take a look at what you need to know about it.

Despite Audi’s extensive line-up of models, if you want a seven-seater, the Q7 is the only model that will fit the bill, coming with three rows of seats that allow seven adults to travel in this SUV. Granted, the third row isn’t especially spacious, but it’s still roomy enough for taller passengers on smaller journeys.

Alongside seating for seven, the Q7 also has a huge boot – measuring 865 litres with the third row folded (something done at the touch of a button) or a huge 2,050 litres with just the front two seats in position.

If you’re looking at a big SUV like the Q7, you might think it will be rather costly to run. However, thanks to an efficient plug-in hybrid model it doesn’t have to be. With a choice of either the 55 TFSI e or 60 TFSI e, the Q7 is able to run on electricity for a claimed 28 miles.

Providing you’re able to plug it in regularly, that allows for some impressively low running costs – with a fuel economy figure of 108.6mpg, with CO2 emissions of 58g/km.

Not so fussed about keeping an eye on your wallet? Well, the sporty SQ7 should fit the bill nicely. Audi used to offer this hot SUV with a meaty diesel engine, but has recently switched to a 4.0-litre V8 producing a huge 500bhp and 770Nm of torque.

With that engine under the bonnet, the Q7 can sprint to 60mph in just four seconds, which is exceptionally quick for a car of this size.

Great range of trim levels to choose from 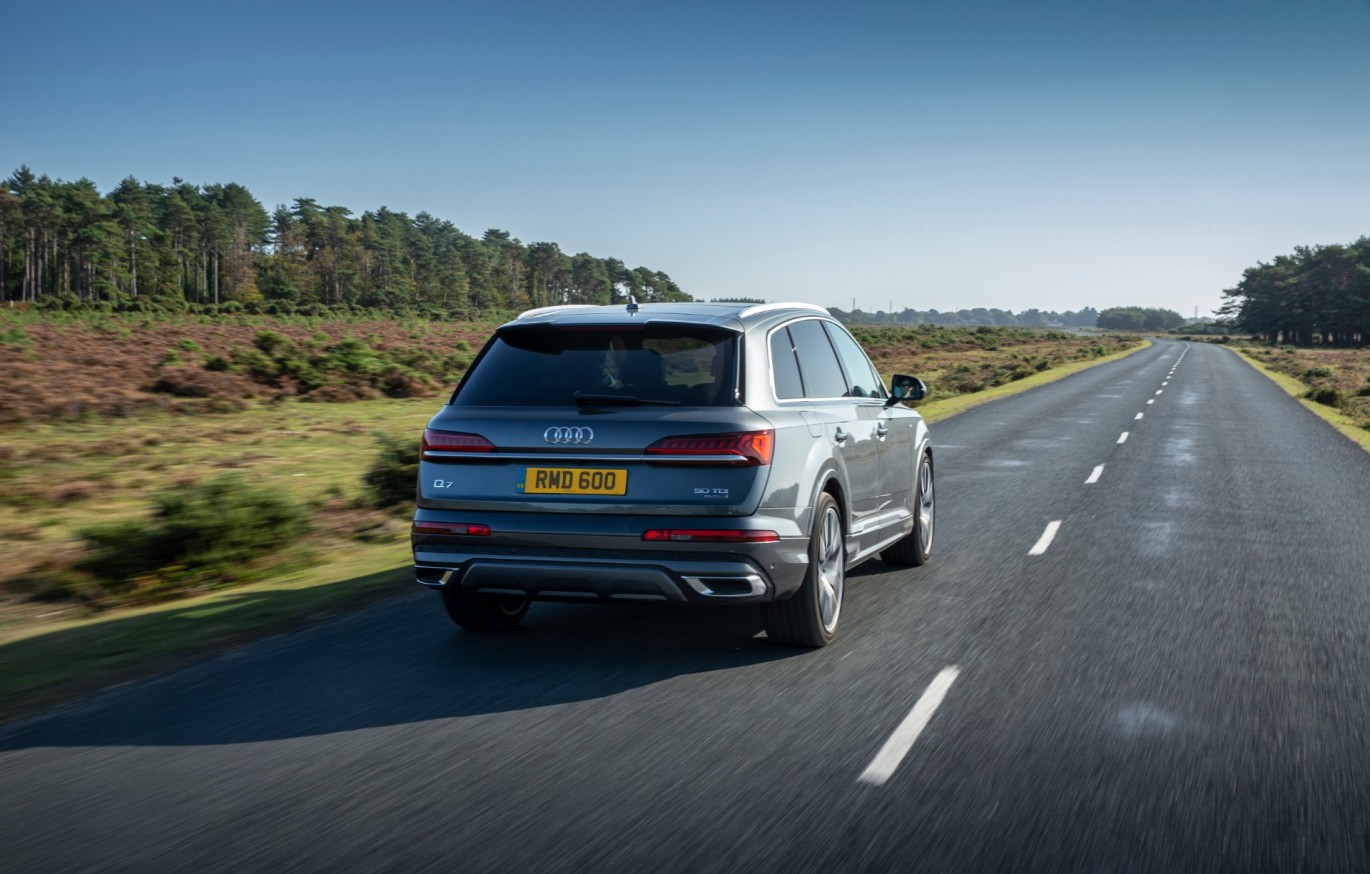 Alongside a broad range of powertrains for the Q7, Audi also gives buyers plenty of options when it comes to trim levels as well.

So if you want your car to look a bit more subtle, there are models like the Sport, which come with smaller alloy wheels allowing for an impressively comfortable ride, along with plastic wheel arch trim to make it look a little more rugged. Further up the line-up are sportier trim levels like the S line, Black Edition and top-spec Vorsprung.

Given this is one of Audi’s range-topping SUVs, it’s certainly not a model that’s lacking on the technology front.

As standard you get Audi’s clever Matrix LED headlights, which allow you to leave the lights on full beam and watch as the car cleverly filters the beam around traffic to allow for maximum vision. You also get Audi’s twin touchscreen system, which features one display controlling typical media functions while the other handles climate settings.

If you really like your gadgets, though, the model to go for is the top-spec Vorsprung. This gains touches like power closing rear doors, all-wheel steering to allow for greater manoeuvrability and laser headlights that double the vision of regular lamps. 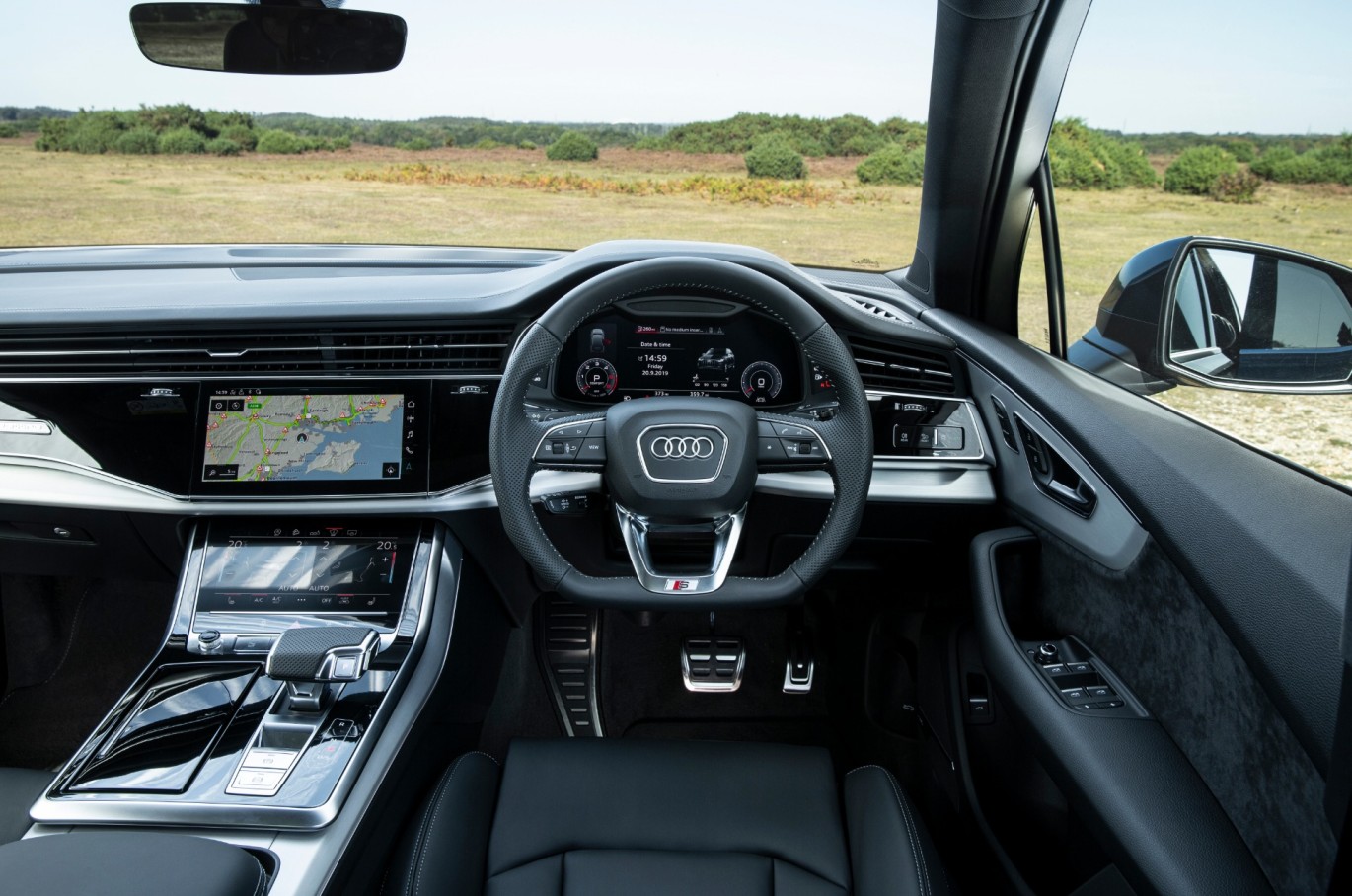 Published: December 8, 2020
Live ChatText Us
OPEN FOR CLICK AND COLLECT